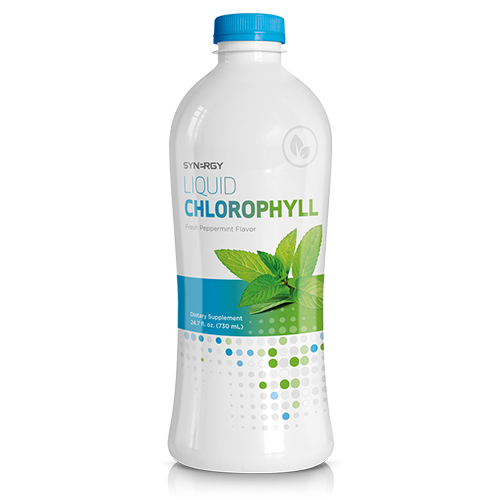 Chlorophyll, the green pigment in plants that facilitates respiration and growth, is a significant nutrient found in green, leafy vegetables.

In humans, chlorophyll provides a myriad of benefits:

Sourced from mulberry leaves and alfalfa, Synergy’s Liquid Chlorophyll is a rich, highly-concentrated combination of chlorophyllin (sodium copper chlorophyllin) and peppermint oil. Chlorophyllin has been shown to provide valuable DNA protection against ionizing radiation and chemical mutagens that disorganize genes and can further lead to significant health complications.

Liquid Chlorophyll also contains barley, a grass that has been shown to support healthy cholesterol levels while acting as a good source of vitamins and proteins. Studies also support the ability of barley grass to scavenge free radicals and act as a powerful antioxidant.

Save this product for later